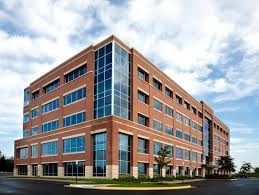 -:- Gurgaon offers a panoramic view of lush greenery and is also in close proximity with the neighbors like Manesar, Delhi, Sohna, etc. which are major industrial and commercial hubs by the top developers in Gurgaon.

-:- The unique advantage of this city is also the well-connected network of roads, from Delhi Metro & Rapid Metro System. The airport in the vicinity provides a clear passage for both the domestic as well as international connectivity. The major highways, NH-8, links Gurgaon to the other major cities with ease.

-:- The industrialization which is ever so growing and prospering has also made this place a hotshot spot for commercial investors. The Sohna Road, Golf course Extensions, and Dwarka Expressway are some of the most elite spaces in Gurgaon where investment is going to fetch bring in lucrative profits in the long run. The 100% wide sector roads spaced out with all the leading hospitals, schools, and other educational institutions.

-:- Home to all the reputed Multinational companies. The IT city that it has become has been the major reason for the flock of the educated and working population making their way to this city. An abode of 500 companies and budding startups, this smart destination and its trouble free availability to the workforce makes it the highest selling point of the place.

-:- The property prices are escalating with a predictable average annual appreciation of 10%-15%. The added benefit of making an investment in commercial real estate is that the smaller units allow investors with low budget to invest in the good market.

Hence, Gurgaon has emerged as the ultimate place for investing in real estate by various companies. The demands are increasingly rising and the investors are flocking in huge number to the millennium city.