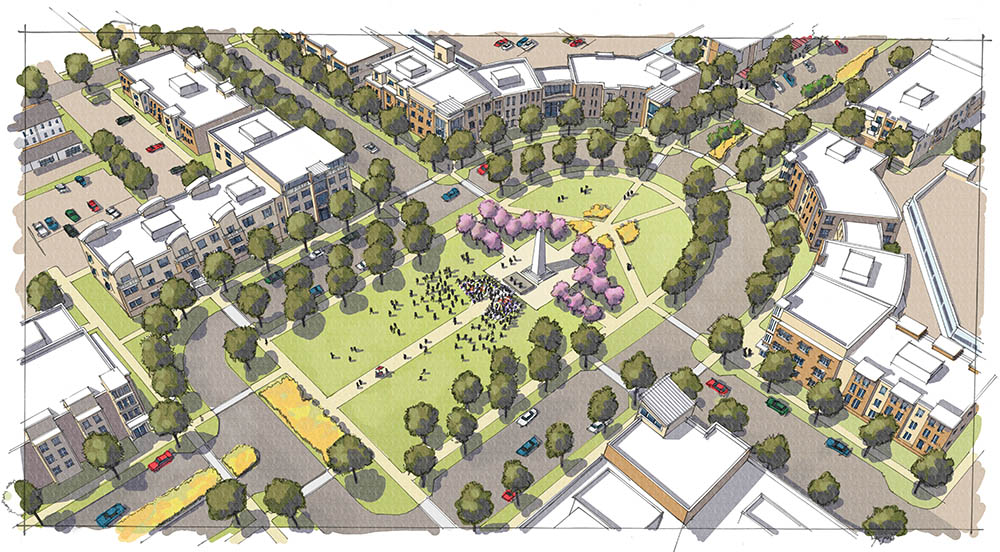 What is a Master Plan?

According to a government official website: “A Master Plan is the long term perspective plan for guiding the sustainable planned development of the city. This document lays down the planning guidelines, policies, development code and space requirements for various socio-economic activities supporting the city population during the plan period. It is also the basis for all infrastructure requirements.”

How is the Master Plan Executed?

A master plan portrays how the city will appear once the execution is complete. The implementation of the plan starts 10-20 years earlier. On commencing, a priority order is followed – first the land is demarcated, then the drainage system is laid, then the construction of roads is commenced, followed by developments in the planned order of importance. The city stands completed/nears completion in the year stated by the master plan.

Current Status: Development of Gurgaon as per the master plan of 2031 already commenced in 2013, with a number of sub-projects already completed, and more in progress. The current status of completed and in-progress sub-projects can be checked on HUDA’s official website.

Reason for a new master plan for Gurgaon: According to the notification released by the Town and Country Planning Department of the Haryana Government, a large area measuring 4570 hectares had been earmarked for SEZs in the Gurgaon master plans of 2021 and 2025, which eventually found no takers. This was the primary reason for initiating a revision of the plan.

And while the allocation of this land was being revised, it was noted that all other Development Plans of major towns / cities in the State were being prepared for a perspective period of 2031 AD, which led to the revision of this development plan to be in accordance to 2031 as well.

The use of land, which was under acquisition by the Industries Department along KMP Expressway was to be converted to Agriculture Zone

What is means for you: There are no changes to existing units as well as development of the infrastructure around, owing to the new Gurgaon master plan. Infrastructure development will continue the same way as it was supposed to, as per the Gurgaon Master Plan of 2021.